Welcome to customers and friends of H.E. Goldberg & Co and Irwin Goldberg 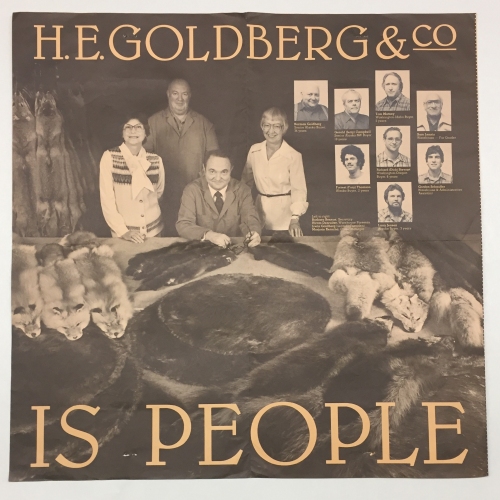 Irwin Goldberg and the
employees of H.E. Goldberg & Co. ~1981
(click to view larger) 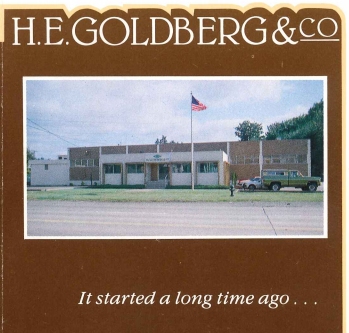 Picture of the H.E. Goldberg & Co.
building from a ~1983 brochure.
Click to see full brochure, with company history 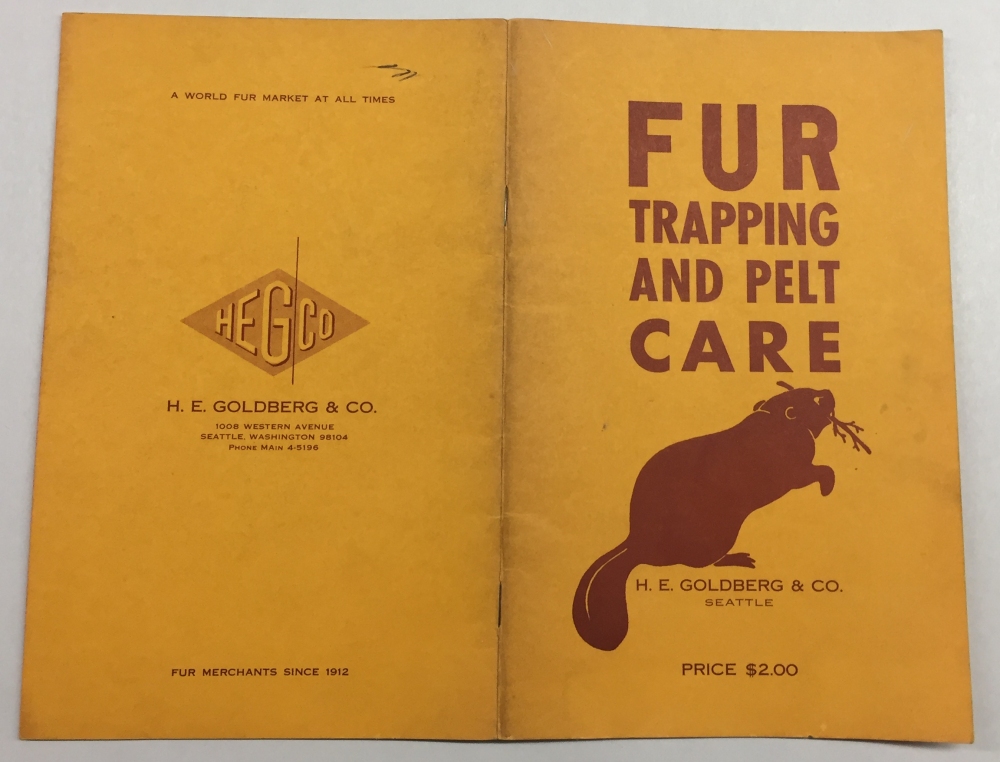 
As many of you know, after serving the fur trade for over 100 years, H.E. Goldberg & Co. has closed its doors effective January 1, 2018. At 92 years old, Irwin has certainly earned some time off to spend with his grandchildren.

When I moved to Idaho in the 1970s, H.E. Goldberg & Co. was the dominant fur buyer in Alaska and the Pacific Northwest, buying furs, marketing them worldwide, and also selling tanned furs to native craftspeople and selling traps and suppliers back to the producers. Irwin was a shrewd businessman who I always admired.

Irwin was the third son of Hyman E. Goldberg (who the company was named after) and his wife Sara. Hyman immigrated from Russia around 1910 and entered the fur trade in 1912, relocating to Seattle in 1919.

Irwin Goldberg was especially proud of his building and the large American flag out front, having served in the U.S. Army Air Corps in World War II.

Irwin was particularly fond of his Alaskan customers who purchased sewing skins from him for many years.

www.hideandfur.com
If you are looking for a new supplier, we carry a wide selection of tanned furs suitable for sewing and we will be expanding to make sure we have enough to meet the demand. We know that we can never replace Irwin and his family's legacy, but we do hope that we can provide you with quality products and excellent service. Our web site is dynamic and shows exactly what we have available at this moment.

You can start at our homepage www.hideandfur.com or click one of the links below to browse our inventory. For example, under "Tanned Furs" you can click on "Coyote - Regular Hides" or "Coyote - Taxidermy Quality" to view the coyote hides we have available.